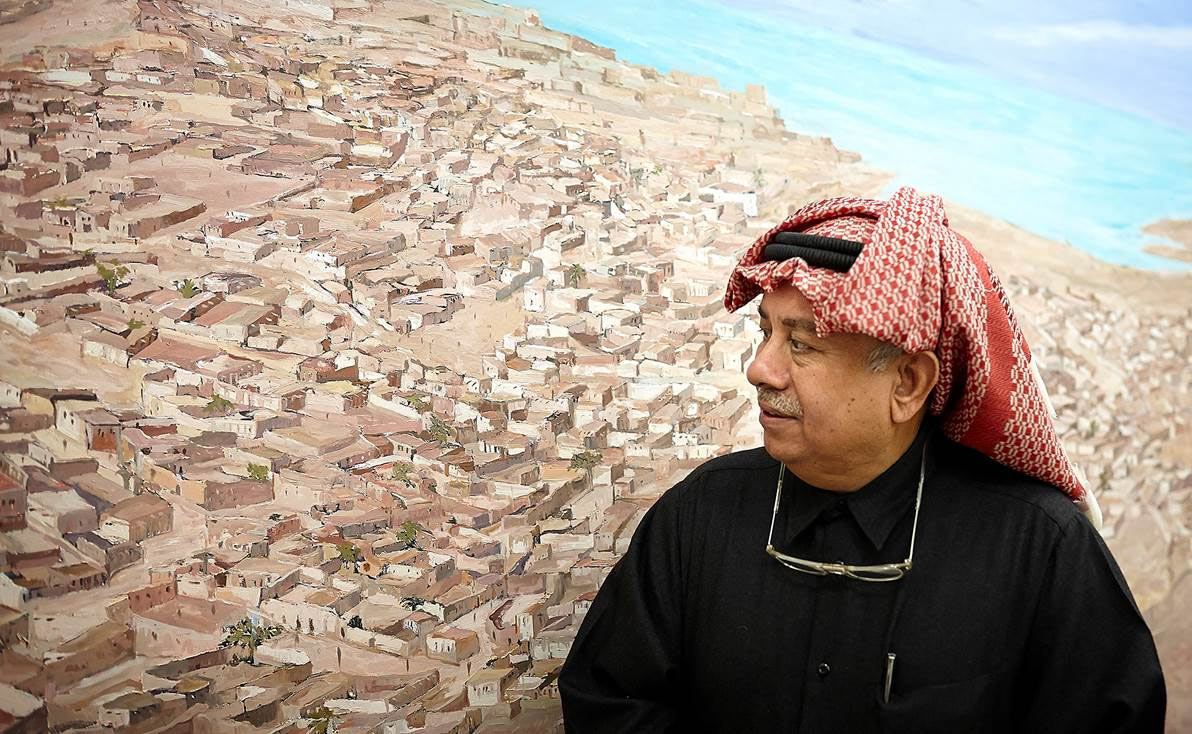 Qatari Artist Yousef Ahmad is a pioneer of modern Arabic contemporary art forms. His works are owned by some of the most renowned international museums, including the Metropolitan and the British Museum, as well as displayed by prestigious galleries, auction houses, and international art companies throughout the world.

Yousef was born in Doha in 1955 and studied at Helwan University in Cairo where in 1976 he graduated with a BA in fine arts and education. He completed his Master’s degree in 1982 in Fine Arts in Mills College, USA.

Yousef’s new-found knowledge of lithography and typography motivated him to exploit the potential of Arabic calligraphy, developing new forms and interpretations of the letter shapes. His first major exhibition was in Washington DC in 1982, showing his innovative approach to Arabic calligraphy and Arabic script. In March 1977, he became the first Qatari to stage a solo exhibition in Doha, focusing on the Hurufiyah style of contemporary calligraphy, a breakthrough in artistic expression in Qatar.

His work entered a new stage where his use of Arabic letters became in dependent of embellishment, sometimes forming an Islamic architectural component and at others a pure abstract, until reaching the next phase where the character became an absolute abstract. His latest creation is using the palm tree leaves as the canvas for his paintings, thus embracing his environment in his work.

Between 1994 and 2007, Yousef was director of the Modern Art Museum which he established in Doha with Sheikh Hassan Al Thani. They were also responsible for creating the Qatar Orientalist Museum in 1992.

Yousef’s work has been the subject of numerous exhibitions around the world and he has been widely recognized with awards, prizes, and general acclaim. A 2007 exhibition marked the 30th anniversary of his first show in Doha.

Recently, Yousef held a solo exhibition entitled “Love, Yearning and Friendliness” where he displayed 16 paintings executed on paper made of palm tree leaf at a special pavilion in Qatar International Exhibition Centre.

He is currently art advisor and consultant to the Qatar Foundation as well as maintaining an impressive output of new work and new themes, using new techniques and experimental media.